Four years ago while running the Frederick half-marathon, Kerry Blackmer’s lack of training was catching up with her and she thought about quitting halfway through the race. Then something happened that would impact her for the remainder of that race and future races. “A group of Athletes Serving Athletes ran by me,” Kerry says, recalling that race. “Their energy was so contagious and inspiring! I drafted them all the way to the finish line and then promptly signed up to join.”

Athletes Serving Athletes (ASA) is an innovative athletic program for athletes living with disabilities. The Maryland-based non-profit organization has chapters throughout the state and one in Pennsylvania. The motto “Together We Finish” describes ASA’s approach where volunteer wingmen assist athletes with disabilities in crossing the finish line for running and triathlon events.

Kerry had no prior experience working with people with disabilities but has been a wingman with ASA for four years. She recently participated in Racine MultiSports’ Swim Fest Fort Ritchie, completing the 750-meter swim with athlete Sandra Bell and the rest of the team’s wingmen. It was the first time Kerry participated in Swim Fest but with Sandra’s sights set on the Fort Ritchie Triathlon in August, it seemed like a great training opportunity. Kerry says it’s hard for the team to practice swimming because of the logistics and they wanted to take advantage of this opportunity to swim at Lake Royer in Cascade, Md. 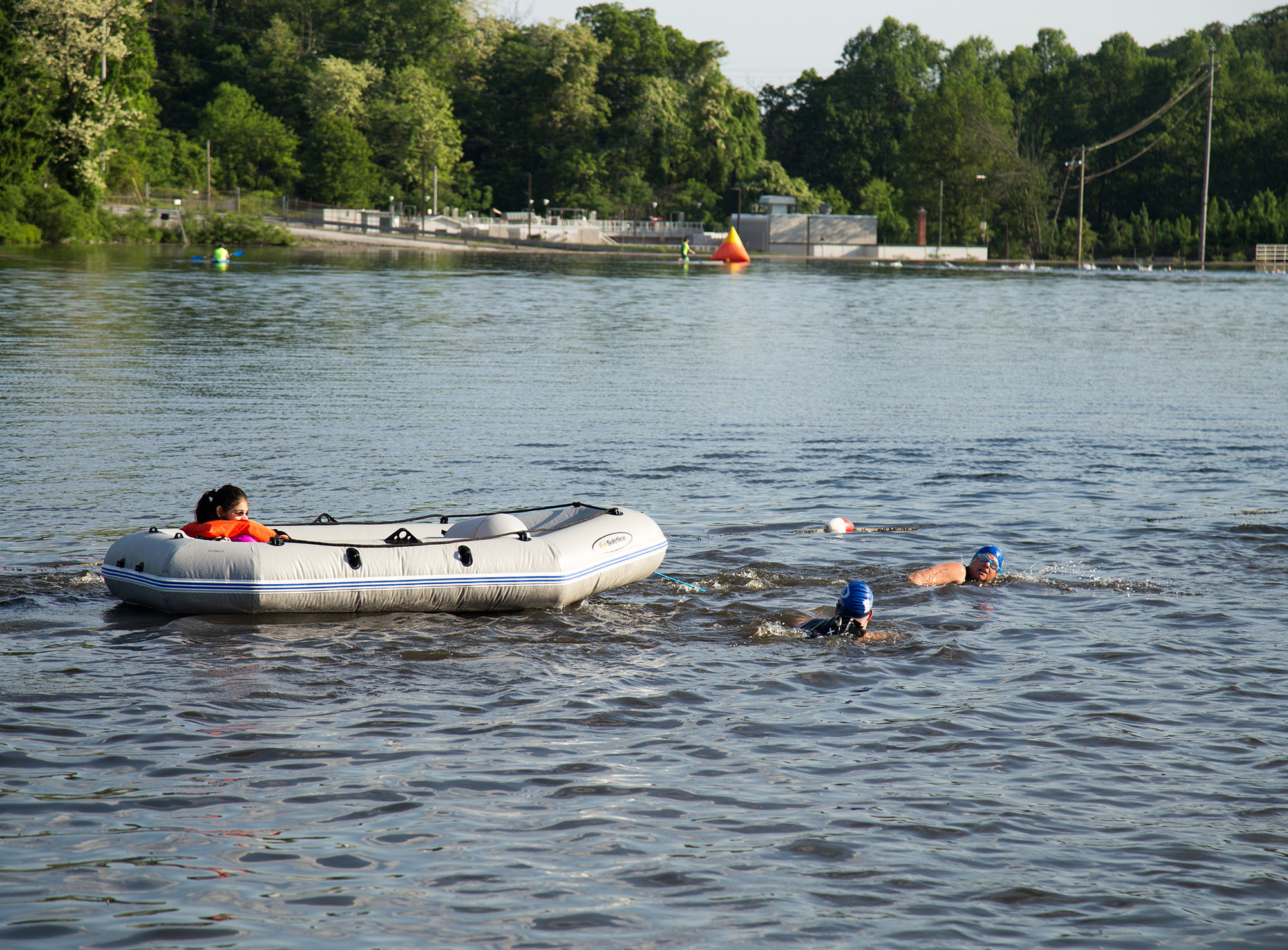 Pictured above: Kerry Blackmer, one of the wingmen pulling athlete Sandra Bell 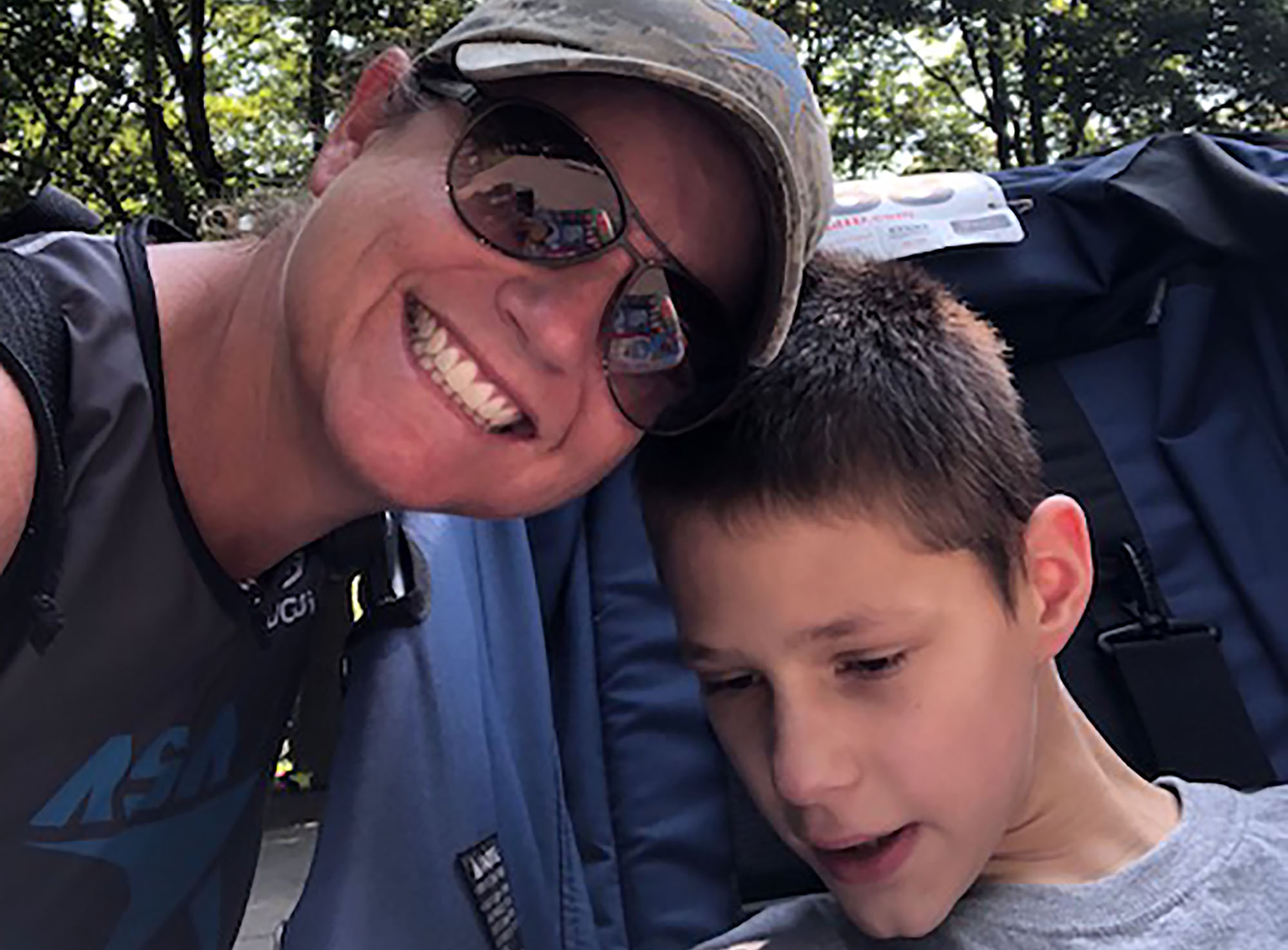 Wingmen for ASA train with the athletes on a regular basis. The Frederick chapter, created just two years ago, meets twice a month at Baker Park for run training. “The athletes train just like we do,” Kerry says. “It’s not easy for someone in a wheelchair to be in a jogger or a boat for an extended period of time.”

Kerry serves as community coordinator for the Frederick chapter of ASA, which has nine active athletes and approximately 20 wingmen. She finds her work with the organization incredibly rewarding and enjoys witnessing the athletes take on challenges and reach their goals. “Seeing them accomplish what they set out to do — it’s amazing,” Kerry says. “It’s all about inclusion; anyone can do this. If you put your mind to it we’ll make it happen. Together we can get it done.”

Now that Kerry’s been running for several years with ASA she can’t imagine going back to running races as an individual participant, despite the challenges of pushing a jogger or pulling a boat. “I only like racing with ASA because we do everything as a team,” she says. “We’re never out there alone and we help each other. It’s all about encouraging each other to the finish line.” #TogetherWeFinish

Racine MultiSports like to spotlight athletes like Kerry Blackmer who participate in Racine MultiSports events and have overcome challenges or provide inspiration for all of us. If you know of someone else with an inspiring story please contact Laura@racinemultisports.com.