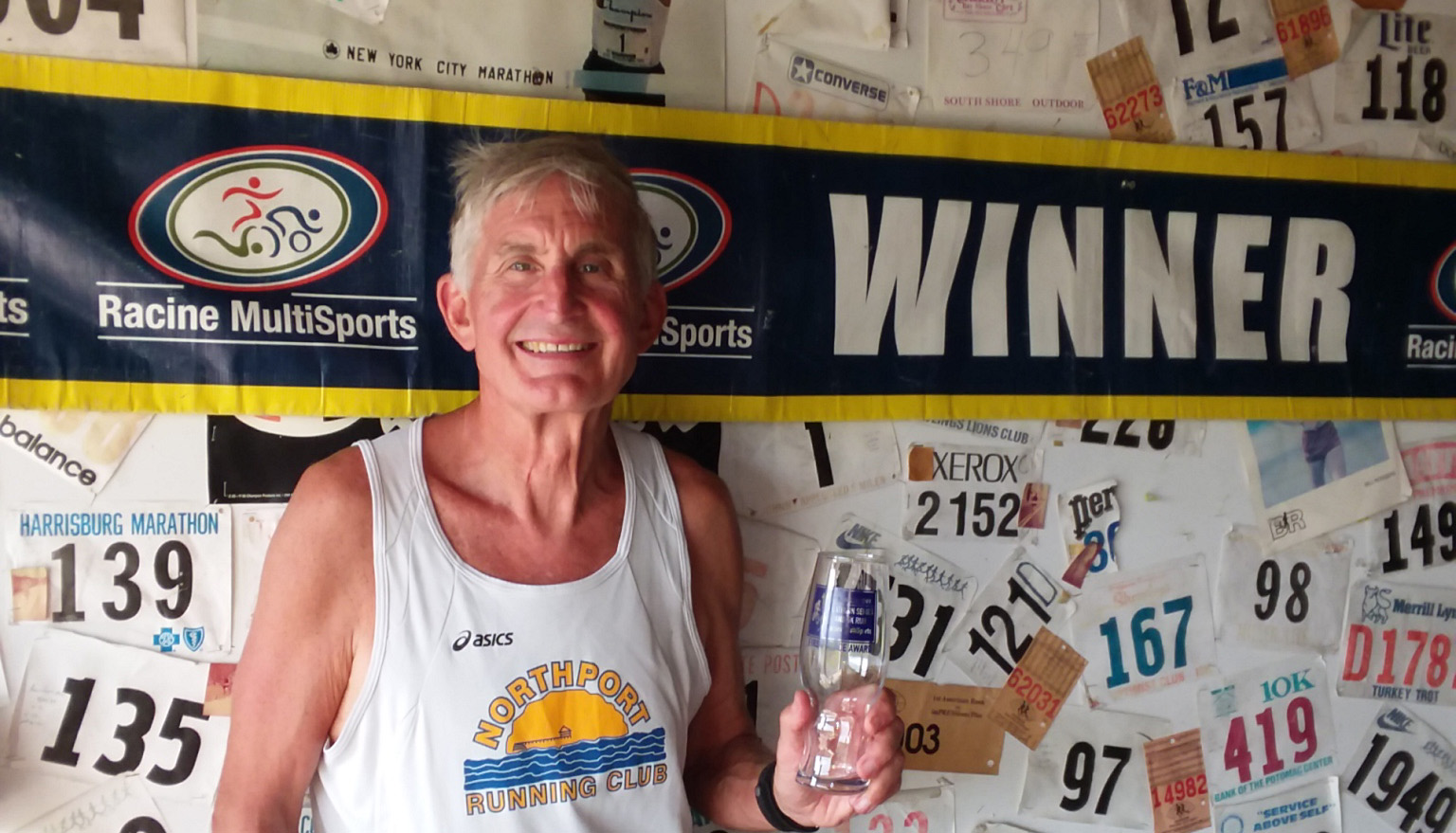 Imagine running 50 races in one year, then imagine running 50 races every year for several decades. That’s what Neal Riemenschneider has been doing as he works towards a much larger goal of running 2,000 races. The 64-year-old teacher and sports official has been running competitively for more than 40 years. In high school and college he played hockey but there was no place for him to play after college so he caught the running bug.

Meticulous with his record keeping, Neal writes four or five lines about each race in a spiral notebook, which he’s been doing for the past 40 plus years. “When I hit 1,000, I thought ‘Gee, how long would it take me to hit 2,000?’” he said. “It was just a personal goal I set.”

Neal likes to travel but races every Saturday when he’s home, as well as doing some Sunday races when they’re offered, typically between March and October. Sometimes he even races while traveling if there’s a race convenient to the location he’s visiting. He recently ran a race in Detroit that was close to the hotel where he was staying.

Fortunately for Neal, there are a lot of races within an hour and a half of his Winchester, Virginia home. Finding races is never a challenge. “The Loudon, Fairfax, DC area is a hotbed for races,” he says. Neal has completed 15 marathons but just runs 5K’s now because they “don’t beat me up too much,” he said.

With his rigorous racing schedule, Neal has become a familiar face at Racine MultiSports runs and timed events. In April 2018 he won the Hagerstown 5K Run that was part of the Hagerstown Duathlon.

“I don’t win that many races,” Neal said, “that’s not why I’m in it. But I know what my numbers are, so when I won that race I knew it was my 100th win.”  As he came across the finish line Neal held on to the banner because of his milestone victory. He had to give it back, but Ken Racine, founder and owner of Racine MultiSports, promised it to him once some new replacement banners were made. Neal was shocked when Ken surprised him with that finish line banner recently at the Tartan 5K Run in Hagerstown. “He has so much going on I can’t believe he remembered it,” Neal said. “It was really nice of him. I showed it to the students in my class and then hung it up in my garage on my running wall where all my race numbers are.”

Neal has completed 1,551 toward his goal of 2,000 races. He expects to reach his goal by the time he’s in his mid-70’s. If you’re a regular participant in Racine MultiSports races and timed events, you’re likely to see Neal out there on the course. He has no plans to slow down any time soon!